What are my plea options in a Virginia criminal case?

After you are arrested for a crime, the court will ask how you plead to the charges against you. Your plea has important consequences for your case. Therefore, it is important for you to speak with a criminal defense lawyer before entering any plea with the court. 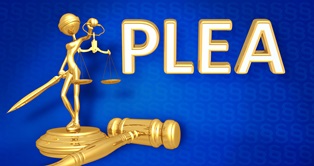 When it comes time to enter a plea, you have the following three options:

Talk to a Criminal Defense Lawyer Before Entering a Plea

To understand the best plea option after an arrest in Midlothian, Chesterfield County, or the greater Richmond area, it is important to consult with a Virginia criminal defense attorney before you go to court. At Quest Law PLLC, we will be honest with you from the very start and explain the consequences of each potential plea to you. Contact us today to learn more.