Do I need a lawyer for a bail hearing in Virginia? 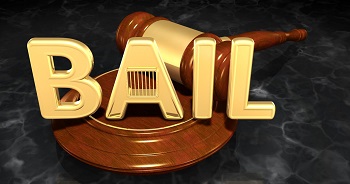 Any person in police custody after being charged with a crime maybe be able to obtain a bond or post bail to get out of jail. The accused will attend a bail hearing, which is a court process for determining whether he can be released from jail before and during the trial. Because there’s so much at stake at a bail hearing, it’s important to work with a criminal defense attorney to ensure the best possible outcome.

What Happens at a Virginia Bail Hearing

Generally, there are two decisions made during bail proceedings:

A Criminal Defense Lawyer Can Help During Bail Hearings

Bail hearings happen quickly, and often there’s not a lot of preparation time. However, a criminal defense lawyer can gather useful information from you, your family and friends, and your community. A lawyer can also look at your previous criminal record if you have one. Then, your lawyer can make strong arguments on your behalf and take all of the necessary steps to protect your rights in court.

A Virginia bail hearing can determine whether you spend time during the trial outside a jail cell. Contact the attorneys at Quest Law PLLC by calling 804-396-3329 to help you with this important law proceeding.