Can my child decide who to live with after my divorce?

Your child’s preference for which parent to live with may be considered in determining custody in your divorce or if you are seeking a custody change. However, under Virginia law, his wishes are only one factor that would be considered by the judge.

How Is Child Custody Determined in Virginia? 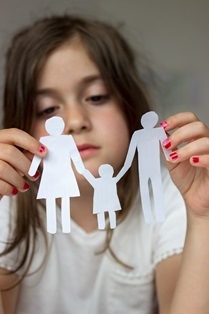 If you and your spouse cannot agree on who should have custody of your child after the divorce, the judge will make this decision for you. In doing so, he must consider the best interests of the child. Under Virginia law, there are a number of factors that he must consider:

When Will Your Child’s Wishes Be Considered by the Court?

There is no precise age when a child is considered to have the understanding and intelligence to express his preference about where he will live. In general, a child who is twelve or older may be considered mature enough to give an opinion that the judge should consider. The court may permit a child younger than 12 to express his preference, but this is decided on a case-by-case basis.

If a child is allowed to state his preference, the judge must consider the reason behind the child’s custody choice. For example, not much weight may be given to his wishes if the child prefers one parent because he lets the child stay up later or buys him many material goods. However, if the child feels closer to one parent, this can be an important factor that the judge may take into account in deciding custody.

You should discuss your child’s preferences about where he should live with an experienced divorce lawyer. At Quest Law PLLC, Attorney Stephen Bloomquest can review your options and determine whether the judge will consider your child’s wishes in making a custody decision. Call our Midlothian office today at 804-396-3329 to schedule an initial consultation to learn more about how we can achieve your goals in your divorce or other custody proceedings.