Do I have to be separated first before getting divorced in Virginia? 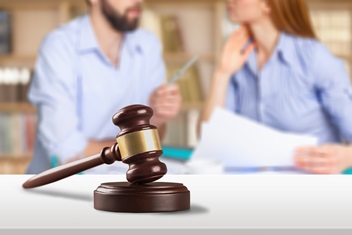 Unlike many other states, the Commonwealth of Virginia doesn't recognize separation as a legal status. However, Virginia still requires spouses to show that they’ve lived “separate and apart” for a certain amount of time before a no-fault divorce is granted. Spouses with minor children must live separately for a year, while spouses without minor children must be separated for six months with a separation agreement in place.

Although in most cases, separation involves one spouse moving out of the marital home, the law also allows for spouses to live “separate and apart” while under the same roof. Establishing separate lives while still living together can involve moving into separate rooms, announcing the separation and impending divorce to friends and family, and no longer attending events together as a married couple.

Voluntary Separation Agreements Ease the Way for Divorce in Virginia

Spouses requesting a no-fault divorce must prove the date of their separation, which could be the day that one spouse informed the other of the decision to divorce, when the spouses began to lead separate lives, or when a voluntary settlement agreement is dated and signed. The benefits of having a voluntary settlement agreement extend far beyond providing a definitive date of separation. Separation agreements allow spouses to resolve important issues such as:

These agreements may also cover the division of debts, health insurance, and retirement assets, including pension plans, IRAs and 401(k)s.

If you're planning to file for divorce in Virginia, establishing a voluntary separation agreement and abiding by its terms can also help you avoid claims of spousal desertion, which is grounds for a fault-based divorce in the state.

If you have questions about a Virginia separation or divorce, a family law attorney at Quest Law PLLC can help you understand your legal rights and options. Call us today to schedule a consultation.