If I have the right to own a gun, can I be charged with a weapons offense? 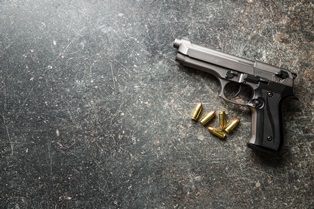 The Second Amendment of the United States Constitution gives people the right to own weapons, but that right is not unlimited. The Commonwealth of Virginia, like other states, has laws that regulate buying, possessing, carrying, and using guns.

Virginia law prohibits you from having a firearm in certain situations, including if you are:

Even if you may legally have a gun, you could face criminal charges for having a loaded firearm in public or possessing a weapon in certain restricted areas such as:

Virginia gun possession laws are numerous and often complicated, and violating these laws could result in jail time and significant fines.

If You’ve Been Charged With Violating a Gun Law

Just because the state or federal government has charged you with a crime does not mean that you are guilty of that crime. You can defend yourself against these serious charges by talking to a criminal defense lawyer as soon as possible.

Attorney Stephen Bloomquest will look at all aspects of your case and provide you with an honest assessment. He will work tirelessly for you and be available to you throughout your case.

Don’t take chances with your future, and don’t rely solely on the Second Amendment to frame your defense. Instead, call Quest Law PLLC today at 804-396-3329, and set up a case evaluation to make sure that your rights are protected.