Child Custody and Visitation Rights Following a Divorce in Virginia

The greatest concern for many couples getting divorced is the welfare of their children. They may not be able to continue to live together happily, but they still want their children to feel that they are part of a family that loves them. This can be a difficult task, especially if one spouse is more committed to this goal than the other. Deciding who the children will live with, when a parent can have time with them, and who will pay for what can be the most difficult part of a divorce. While the court is focused on the best interests of the child, you need a lawyer who will make sure your concerns about your child’s well-being are heard. Family law attorney Stephen Bloomquest fights for parents and children in court. 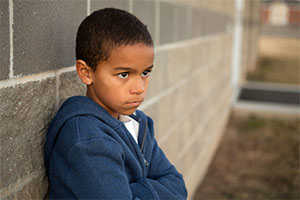 In many amicable divorces, parents agree on what is best for the children in terms of custody. Often, the parent who has been the primary caregiver stays in the family home with the children and arranges for visits with the other parent. However, even when physical custody is not an issue, conflict can arise about visitation over weekends, holidays, and summer vacations. In the case of a difficult divorce, there may be a court battle over who gets primary custody or what one spouse will owe in child support. Decisions will have to be made regarding the following types of custody:

In some situations, deciding who should have custody of the children and what kind of custody it should be turns into a major legal battle. When there are accusations of abuse or neglect or the fitness of one parent to care for the children is in question, it may be impossible to come to an agreement without court intervention. If you are on either side of this battle, you will need a strong litigator to represent your interests before a judge. Quest Law PLLC is primarily a litigation firm, and Stephen is always prepared to take your custody fight to trial.

We Can Help You Fight For Custody

Agreements regarding how much time a non-custodial parent can spend with the children are an important part of divorce involving children. The more specific these agreements are, the more likely they are to be successful. Parenting time agreements should spell out what the schedule will be from day to day, as well as what will happen during holidays and summer vacations. These plans can be modified with the participation of both parents. If you are the non-custodial parent, it is essential that your wishes are heard and respected when making the visitation agreement. Quest Law PLLC understands how important it is to have legally protected time with your children and will fight for the visitation plan that works for you.

Whether you are in the early stages of divorce or want a lawyer to help you modify a custody or visitation order, family law attorney Stephen Bloomquest has the experience you want in a family attorney. He is prepared to represent you in court to fight for your rights as a parent. Contact Quest Law PLLC today to discuss your family legal issue.