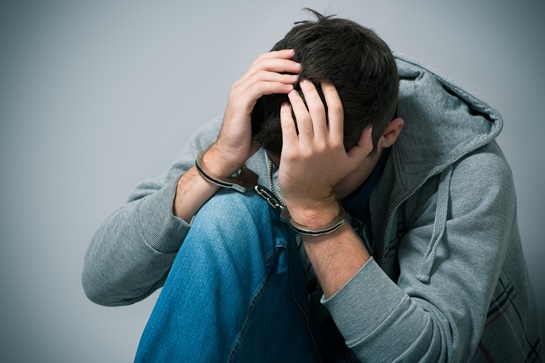 Even under the best circumstances, teenagers don’t always make the right decisions. That’s part of growing up. But if your teen is charged with a crime, the consequences could interfere with his future, including prohibiting him from graduating from high school, getting into college, or getting a job. If your minor child is arrested and charged with a misdemeanor or a felony, you need to hire a criminal defense attorney who will protect his rights and protect his future.

What Are Delinquency Charges in Virginia?

Delinquency is a legal term in Virginia that refers to any criminal complaint against a juvenile who is 17 years old or younger. The offense may be a misdemeanor or a felony. While juvenile offenses are processed in a separate court from adult offenses, the consequences for a minor can be the same as they would be for an adult, especially if the juvenile does not have a skilled defense attorney representing him. The first step after the arrest of a juvenile is an intake meeting, where an officer of the court decides how the case will be handled. The officer has three options:

It is important that your child is represented by an attorney at this stage, so all factors will be considered by the intake officer before reaching a decision.

Many people believe that juvenile criminal records are kept confidential and won’t affect the child’s future. However, this is a misconception, especially in Virginia. Virginia does not seal or expunge the records of juveniles over the age of 14 who are convicted of felonies. So, if your child is convicted of a felony, the record will be available to future employers, college admissions officers, the military, and anyone who runs a criminal background check for the rest of his life. Felony offenses often committed by juveniles may include the following:

Juveniles convicted of a felony may be sentenced to years in a juvenile detention center. If the charge is a serious felony such as homicide or drug dealing, the juvenile could be tried as an adult and would face time in an adult prison.

Misdemeanors Should Also Be Taken Seriously

While misdemeanor charges do not carry the same consequences as felonies, judges have a broad range of options for issuing a sentence, and an experienced juvenile defense attorney can argue for the most appropriate sentence on behalf of the child. Possibilities include dismissal of charges, fines, conditions and limitations on the youth and his parents, participation in treatment programs, community services, and time in a detention center. A defense attorney can help ensure your child receives the right sentence.

Contributing to the Delinquency of a Minor

If you or your child who is 18 or older is charged with contributing to the delinquency of a minor in Virginia, you will want to consult a criminal defense attorney who has experience defending this type of serious charge that may be applied without cause. For example, if your teenager hosts a party where alcohol is served to minors—even if you had no idea it was going on—you could be charged. If your 18-year-old high school senior is having sex with his 17-year-old girlfriend, he could face these charges. This is a Class 1 misdemeanor and could result in up to a year in jail and a fine of up to $2,500. Do not try to handle this serious criminal charge on your own. Consult Quest Law if you are arrested for contributing to the delinquency of a minor.

Why You Need Quest Law PLLC

Convictions can lead to long-term consequences that far outweigh the crime. Criminal defense attorney Stephen Bloomquest defends adults charged with serious crimes, and he brings the same commitment and tenacity to defending juveniles. Don’t risk your child’s future. Consult Stephen as soon as you can after your child’s arrest. Your child may have made a mistake, but he deserves fair treatment and a shot at a bright future