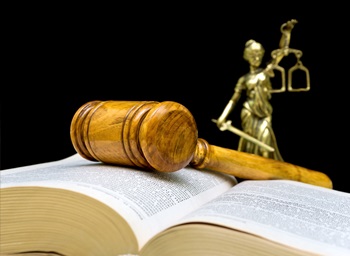 The General District Court hears all criminal cases involving misdemeanors under state law and violations of ordinances, laws, and by-laws of the counties or cities in which they are located. Misdemeanors are any charges that carry penalties of up to 1 year in jail or fines up to $2,500, or both.

The Code of Virginia defines criminal offenses and sets the penalties for offenses within the Commonwealth. When a penalty is or includes a fine, those fines are collected and paid into the treasury of the city, town, or county in which the violation has occurred, or in the case of a violation of a state statute, the fines are paid into the coffers of the State Treasury. Every case in General District Court is heard by a judge. There are no jury trials at this level of court in the Virginia Court System

General District Courts also hear cases involving traffic infractions which can result in judicially imposed fines and penalties as well as points against an individual’s driving record which are assessed by the Virginia Department of Motor Vehicles.

A juvenile is any person under the age of 18, in the Commonwealth. If a court finds that a juvenile has committed an act, which would be a crime if committed by an adult, that juvenile will be adjudicated “delinquent.” A “status offender” is a juvenile who has committed a violation, which, if committed by an adult would not be a crime, for example, a curfew violation. When a child is “in need of supervision” they are deemed to have habitually and unjustifiably been absent from school or run away from home. Children “in need of services” need treatment, rehabilitation or other services in order to keep the child or his family safe, and the intervention of the court is required.