Driving under the influence (DUI) and driving while intoxicated (DWI) are serious criminal offenses in Virginia that carry harsh penalties if you are convicted. In addition, your driver’s license could be suspended, and you might face the long-term consequences of having a permanent criminal record. 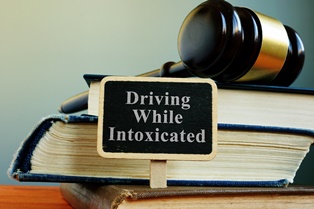 If you were arrested for a DUI or DWI, you should not just plead guilty and accept your punishment. You could have strong defenses that may result in the charges being dismissed or reduced to a less serious offense—even if you know you are guilty.

Understanding a DUI and DWI in Virginia

DUI and DWI are used interchangeably and are basically the same offense with identical punishments in the commonwealth. Under Virginia Code § 18.2-266, a person can be charged with a DUI or DWI for the following:

Punishments for a First Offense DUI or DWI

A first offense DWI or DUI is a Class 1 misdemeanor. If convicted, you may have a permanent criminal record that could affect your ability to find a job, housing, and security clearance. In addition, you could face these punishments:

Punishments for a Second DUI or DWI Conviction

You would also be convicted of a Class 1 misdemeanor for a second DUI or DWI offense. However, you could be sentenced as follows:

Punishments for a Third or Subsequent DUI or DWI

If you are convicted of a third or subsequent DUI or DWI, the offense would be a Class 6 felony. The potential penalties include:

Have you been charged with a DUI or DWI in Chesterfield County? You need an experienced criminal defense lawyer to defend you if you want to achieve the best possible outcome given your circumstances. To find out how I can help you, call my Midlothian office, or start a live chat to schedule your free consultation today.