You Face Harsh Penalties When Convicted of a Sexual Assault Crime 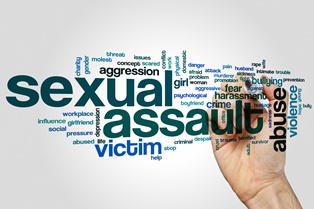 In Virginia, there are a number of crimes that fall under the classification of sexual assault crimes. These crimes are often charged as felonies that are punished by lengthy prison sentences and large fines if you are convicted. In addition, a conviction can also affect your ability to obtain employment, housing, and a security clearance long after you complete your sentence. Given the harsh penalties and long-term consequences you face if arrested for sexual assault, it’s important to retain an experienced criminal defense attorney to help you mount a strong defense.

Like the crime of assault and battery, sexual battery involves an unwanted or offensive touch, but there are other different elements of this crime. It is considered sexual abuse to intentionally touch the victim’s intimate parts or force the victim to touch someone else’s intimate parts. Under Virginia Code Section 18.2-67.4, a person can be charged with sexual assault if he sexually abuses someone in the following situations:

Sexual assault is a Class 1 misdemeanor that can be punished by a jail sentence of up to 12 months and a fine of up to $2,500. If the act is not completed, a person can be charged with attempted sexual assault, which can result in slightly less serious penalties.

The elements of aggravated sexual battery are the same as for sexual battery, but other requirements must also be met. It can be charged in one of these circumstances:

Aggravated sexual battery is charged as a felony, and the punishment can be up to 20 years in prison and a fine not to exceed $100,000.

If convicted of rape, a person can be sentenced from five years to life in prison.

If you are convicted of a sexual assault crime, you will also be required to register as a sex offender with the Sex Offender Registry. If you violate this requirement, you could be charged with another offense. A first offense is a Class 1 misdemeanor punishable by up to one year in jail and a fine not to exceed $2,500.

If you’ve been charged with a sexual assault crime in Midlothian, you may have strong defenses even if you believe you’re guilty. Let me mount an aggressive defense strategy for you that could result in the charges being dismissed or reduced to a less serious offense. Call my office, or start a live chat to schedule a free consultation to learn more about how I can help you.