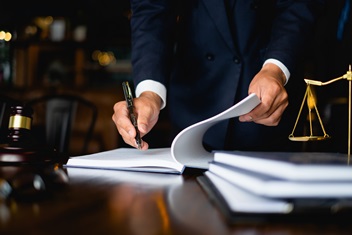 In Virginia, magistrates serve the primary function of providing police officers, sheriffs, deputies, and citizens with an unbiased review of the complaints they bring to the office. Duties include issuing arrest warrants, summonses, bonds, search warrants, subpoenas, emergency mental and medical custody orders, temporary mental and medical detention orders, emergency protective orders, and other civil processes. One of the main duties of a Magistrate in Virginia is to conduct bond hearings in order to set bail for individuals who are charged with a criminal offense. Magistrates may also accept traffic infraction and minor misdemeanor prepayments.

Magistrates are supervised by the Office of the Executive Secretary of the Supreme Court of Virginia. The Commonwealth is divided into eight magisterial regions, which are comprised of anywhere from 3 to 5 judicial districts. Each district has a chief magistrate who supervises the magistrates who serve in that district. A magistrate supervisor sits at the regional level to provide support and supervision to the chief magistrates in their districts. The system-wide magistrate system is administered by a Magistrate System Coordinator with the assistance of the eight regional supervisors.

Each magistrate is authorized to exercise his or her powers throughout the magisterial region for which he or she is appointed. The services of the magistrate’s office are provided on an around-the-clock basis, both in person and utilizing video conferencing technology.