If the police pull you over and charge you with reckless driving in Midlothian, you may mistakenly believe that you have received a traffic ticket. It would be easy to be confused because the police officer does not put you in handcuffs or take you to the police station to be booked. Instead, you receive a summons that looks like a traffic ticket that requires you to appear in court. 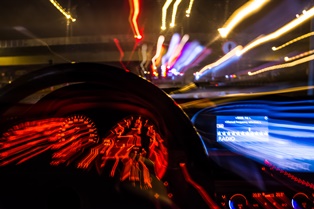 You cannot afford to take being arrested for reckless driving lightly—even if this is the first time you have been charged with committing a crime. Reckless driving is a criminal offense in Virginia. If you are convicted, you face serious punishments and will have a permanent criminal record that can have far-reaching consequences on your life.

What Is Reckless Driving in Virginia?

Reckless driving is a Class 1 misdemeanor offense—the most serious type of misdemeanor in our state. If you are convicted, your sentence will depend on a number of factors such as your prior criminal and driving record, how fast you were driving, and whether you caused an accident. You could face these punishments:

Do You Go to Court If You’re Charged With Reckless Driving?

You cannot just mail the court a payment for a traffic fine if you were charged with reckless driving. Because it is a misdemeanor offense, you will need to attend a court hearing to enter a plea and to be sentenced if you are found guilty.

In addition, it is not in your best interests to just plead guilty and accept your punishment. You will be convicted of a misdemeanor crime and have a permanent criminal record. This can have long-term consequences on your ability to obtain a job, security clearance, housing, and much more.

How Long a Reckless Driving Conviction Stays on Your Driving Record

The six demerit points that will be placed on your driving record will remain there for 11 years. If you accumulate too many demerit points over a relatively short period of time, your driver’s license could be suspended. In addition, you could have to pay significantly higher auto insurance costs when you have demerit points on your record due to a reckless driving conviction.

How a Criminal Defense Attorney Can Help

One of your first steps after being charged with reckless driving should be to retain an experienced criminal defense lawyer in Midlothian. Even if you believe you are guilty, you may have strong defenses that can result in the charges against you being dismissed or reduced to a less serious traffic infraction. To learn about your possible defenses and how I will aggressively fight so you achieve the best possible outcome, call my office to schedule your free consultation today.