How a Felony Case Works in Virginia

Felonies are the most serious types of crimes. If you are convicted of a felony, you face at least one year in prison. It is essential to know how your case will move through the Virginia court system and what to expect each step of the way, so that you can protect your rights. 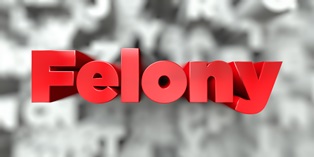 What Happens in Virginia Felony Cases

Although every legal case is different, and each can be dismissed at any time, many cases will go through the entire legal process. If this happens, the process generally includes:

These procedures apply to adults accused of felony crimes. Different procedures may apply in juvenile cases.

Protect Your Rights at Every Stage of a Felony Case

Your felony case may not follow the typical criminal court process, and it’s important that you have a criminal defense lawyer who will discuss all of details and critical fine points of your situation. Attorney Steven Bloomquest works tirelessly to communicate all aspects of a felony case to his clients. He also ensures they are treated fairly. He will explain your rights and fight hard on your behalf. Learn more about what to do if you are charged with a felony in Midlothian, Richmond, or elsewhere in Virginia. Contact Quest Law PLLC today.