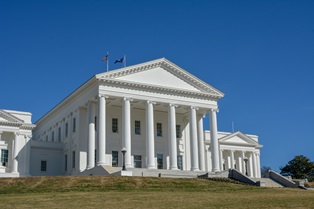 The Role of the Supreme Court of Virginia

Virginia law doesn't allow people to appeal their cases to the Supreme Court as a matter of right, except in very restricted circumstances, including cases that involve attorney disbarment, the State Corporation Commission, and death penalty appeals.

Appealing a case before the Supreme Court is a very formal process that takes place in the Courtroom of the Supreme Court in Richmond. Attorneys for each side spend 15 minutes presenting their arguments, with justices often interrupting to ask questions. After hearing oral arguments, justices may convene for private discussion and debate on the cases heard. They then draft their opinions and distribute copies to other members of the Court. Once justices conclude their case reviews and their draft opinions receive approval, they're made public on the final day of the Court's session.

If your case is going to be reviewed by the Supreme Court of Virginia, you need a knowledgeable and skilled attorney to represent you. Quest Law PLLC can argue your case before the Supreme Court and help you fight for the justice you deserve. Contact us today to schedule an appointment for a private consultation