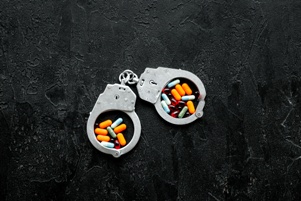 If you illegally possess a drug in Virginia, you may face serious penalties. The potential penalties depend on the type of drug you have on you, whether you have been convicted of drug possession before, and whether you have a valid defense to the charges against you.

According to Section 18.2-250 of the Virginia Code, it is illegal for you to “… knowingly or intentionally possess a controlled substance unless the substance was obtained directly from, or pursuant to, a valid prescription or order of a practitioner while acting in the course of his professional practice, or except as otherwise authorized by the Drug Control Act .…” This statute further defines drug possession in Virginia in the following ways. It is illegal to possess:

The prosecution must convince the court that you had possession of the drug. The potential defense(s) that may apply to your case depend on the unique circumstances of your case. The defenses could include:

You have a lot at stake. A criminal conviction may not only result in prison time and a fine, but it could also interfere with your job, your security clearance, and your family relationships. You deserve to be treated fairly and not to face a more significant penalty than necessary.

Let criminal defense attorney Stephen Bloomquest review the case against you and advise you of your legal options. You can count on Stephen to be honest with you and to fight for you. Call or contact us via this website today to learn more about your potential defense in a Virginia drug possession case.